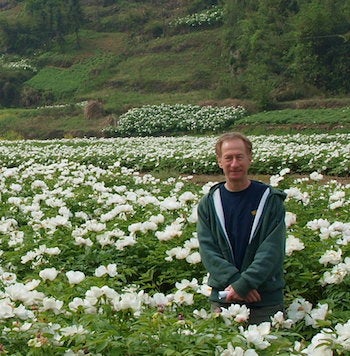 Attendees learned about the layered meanings of specific Chinese characters and how relying on any one translation can affect the way we see our patients and the methods we use to help them heal.

The first webinar addressed the Eight Principles with a brief history of their development and an in-depth discussion of each of the characters involved in this concept. Andy Ellis reflected on how the English translations of the various terms influence our clinical perspective and how an understanding of the meaning of the Chinese characters can lead to a deeper and more nuanced understanding of this most basic of concepts.

If you missed it or if you would like to watch it again, here is the link to the recorded webinar:

So, we are mistaking what is not Xu as Xu?

I cannot know if the translation of Xu as deficiency, depletion or vacuity has led to misdiagnosis and treatment. I suspect it has. The main goal of this lecture was to point out that any one English term used to describe the Chinese character 虛 (transcribed as Xu in Pin Yin) is limited and only presents one aspect of Xu.

If, for example, we view the word Xu to mean deficiency then we give it a negative connotation and will not appreciate the subtleties implied in its use. This can lead to confusion or misunderstanding. If, in the Su Wen we translate Xu and Shi as deficient and excess, the sentence 水穀入口，則胃實而腸虛，食下則腸實而胃虛would translate as, “water and grain enter the mouth, thus the stomach is excess and the intestines are deficient. When the food has descended, the intestines are excess and the stomach is deficient.” Surely, in this instance translating Xu as empty and Shi as full would be less misleading. “water and grain enter the mouth; thus the stomach is full and the intestines are empty. When the food has left the stomach, it is then empty, and the intestines are full.” However, if we translate each instance of Xu differently then the experience of the English reader is not the same as that of the Chinese reader. The English reader will lose the connections that are implied by the use of the same word in different situations. If, however, the non-Chinese-speaking student of Chinese medicine can understand that the Chinese word Xu is a qualitative (i.e., descriptive) term that has several connotations and that one of its meanings is the quality of being empty (as in having a gap) and not a quantitative term (meaning only of insufficient quantity) they would then understand the quote no matter what translation of it they are presented with.

You said earlier, Xu does not necessarily mean deficiency but a ‘gap’ I am confused, is the gap caused by weakness (of zheng.wei qi) or not?

In the context of what I was describing at the time the gap was a hole in the wei qi owing to a trauma. In that case the gap in the wei qi was a result of damage to the local area that, in the eyes of Chinese medicine led to inhibited flow of channel qi. Since the body’s wei qi is dependent on free flow of qi in the body, the stagnation in the body led to a gap in the wei qi. So, the gap was caused by stagnation of qi and blood not a deficiency (and the treatment principle would be to move blood and qi, not to supplement deficiency). This is not to say that a general deficiency of qi, blood, yin or yang could not also lead to a gap in wei qi. Certainly, a person with strong qi and yang would be less apt to suffer from such a gap than a deficient person.

The example that Dr. Gan proposes is that of seasonal allergies. This is a seasonal decrease in a person’s defenses that gives rise to allergic reactions such as allergic rhinitis. They do not have that all the time, but when faced with certain conditions they will have that gap in their defenses. Though a person with a weak system may be more susceptible to this, there is no doubt that constitutionally strong patients also suffer from seasonal allergies. I once had a patient with terrible allergies in the fall (tearing and clear, copious nasal discharge). He was a strong young man who clearly fell into the camp of those with binding depression of liver qi (wiry pulse, mood swings, anxiety). He also had occasional impotence so previous practitioners looked at this case as yang deficiency (Xu) and he made no progress. We gave this patient Xiao Yao San to course the liver and nourish blood. His sexual issues resolved and that fall his allergies were very mild. This shows that a thorough understanding of the word Xu has benefits in the clinic. It also emphasizes the principle that not all signs of deficiency require supplementation.

This is a formula Dr. Gan created for the treatment of allergic rhinitis. Naturally, he modified it depending on the constitution of the patient, the presenting symptoms and the current situation (season, weather, location, etc.).

Not really a question but wanted to say that the image of the head rope of a fishing net is quite insightful when you think about the net between being a connection…so the image of a ‘web’ connecting everything…. and the 8 ways of thinking of explaining the connections. Good food for thought!

Glad that you find this useful. The more detail we can give to Chinese terms then the closer the experience of the reader of English translation will be to that of the Chinese reader. As an English reader we are at a large disadvantage because we do not see all the connotations and implications embedded in the Chinese characters. For example, the character悶 (pronounced mèn) means bored, depressed, melancholy or stuffy or closed-in. Understanding that this is a picture of a heart enclosed between two doors lends a visceral feeling of closed-in or depressed to the reader. If the reader pictures the two gates of the door as the ribcage, the feeling of depression in the thoracic region is clear.

The best way to overcome the natural disadvantage we have as non-Chinese readers is to study crucial characters used in Chinese medicine and understand all of their nuances. That is the goal of this series of lectures.

By translating the Bā Gāng as Eight Parameters or Eight Principles we completely remove the image of the fishing net and the function of the head ropes as an aid in untangling the clinical picture. On the other hand, imagine the reaction if we had translated the term as the Eight Headropes.

I began my study of Chinese medicine at the New England School of Acupuncture in 1981 with Dr. James So. In 1983 I went to Taiwan to study Chinese and apprenticed in herbology and acupuncture there with Xu Fu-Su in Zhang Hua. I also studied with Chen Jun-Ming in Taipei. In 1986 I went to mainland China and studied acupuncture with Dr. Shi Neng-Yun for six months and in 1988 returned to Xiamen to study dermatology, gynecology and internal medicine at the Xiamen Chinese medical hospital. I lived at the hospital for about a year. In 1990 I had the opportunity to study ear, nose and throat with Dr. Gan Zu-Wang in a one-month intensive program in Xiamen.

I returned to the US later in 1990, practiced in Florida and two years later moved to California to teach herbology at the American College of Traditional Chinese Medicine. Since then, I have practiced and taught Chinese medicine as well as translated, co-translated, edited or written several books on Chinese medicine including but not limited to the following:

A Walk Along the River – Eastland Press

Ten Lectures on the Use of Medicinals – Paradigm Publications