Since 2005, Acupuncturists without Borders has been providing disaster relief, recovery and support to communities affected by disasters, human conflict, environmental devastation, poverty and social injustice.

Acupuncturists Without Borders was founded by Diana Fried, M.Ac. in September 2005 immediately after Hurricanes Rita and Katrina.  From October 2005 to November 2006, AWB provided free community acupuncture treatments to 8,000 people in Louisiana, including evacuees, residents, first responders, emergency personnel, volunteers and other care providers.  They organized over 25 teams to travel to New Orleans with over 75 acupuncturists participating in the program.  AWB worked successfully with mental health organizations, free medical clinics, homeless shelters, New Orleans firefighters, police and SWAT teams, the military and Coast Guard, FEMA and a variety of other trauma recovery groups to provide free acupuncture treatments to people in the Greater New Orleans area.

How AWB has evolved:

With the experience and expertise of bringing community-style acupuncture for disaster recovery to the people of Louisiana, AWB expanded its service to a different population, U.S. veterans.  The Military Stress Recovery Project (originally called the Veterans Project), was designed to provide free acupuncture treatments for veterans returning from Iraq and Afghanistan.  It now offers services to veterans and active military personnel from all conflicts, as well as their families.

Many veterans suffer from high levels of post-traumatic stress, chronic pain, concussive brain injuries, and substance dependence.  Their families and communities suffer from them.  The intention is to support the healing of the wounds of war by providing stress and pain reduction through acupuncture, bringing healing, hope and increased resilience to all those affected by the trauma of war.

Subsequently, AWB has expanded its Community Service Clinic Program to provide treatment for other trauma-impacted populations, such as refugees, survivors of sexual and domestic violence and first responders.  There are now more than 40 AWB-affiliated community service clinics across the United States. 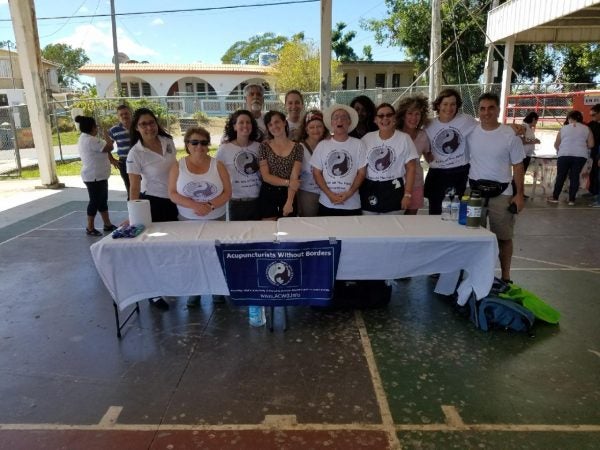 AWB  has responded to many disasters both natural and those caused by human conflict.   They have helped with (but not limited to) Wildfires in Colorado, Northern and Southern California; Floods in Iowa, Colorado and Minnesota; Shootings in Aurora, Littleton, Newtown, Tucson, Las Vegas, Parkland and Orlando; Tornadoes in Joplin, Missouri, Minneapolis, Minnesota, and Moore, Oklahoma; Hurricanes Katrina, Rita, Sandy, Harvey, Irma, and Maria; Boston Marathon Bombing, the Lava Flow in Hawaii; and many more… 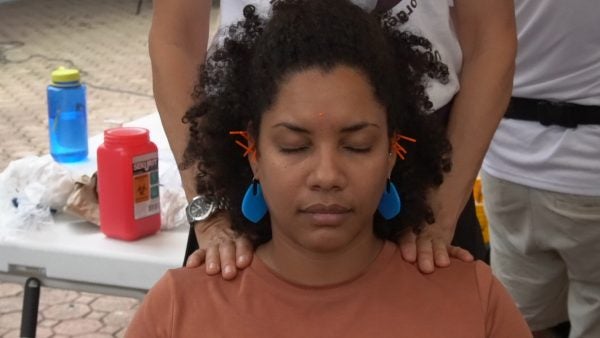 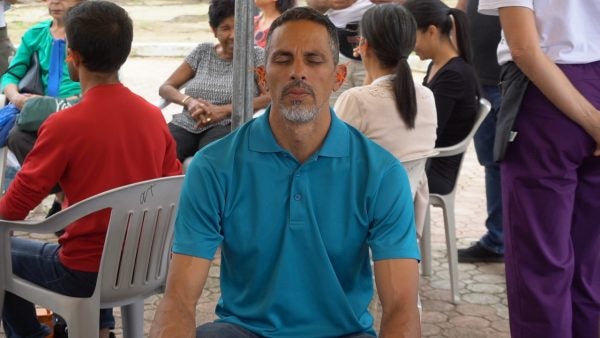 AWB also responds and provides care to those in need all over the world.   They have helped with earthquakes that devastated Haiti and Chile in 2010 as well as Nepal in 2015.    They also treat those affected by human-made disasters.    AWB has ongoing efforts going in Nepal, Mongolia, Haiti, Mexico, Greece and Israel/The West Bank.   Stay tuned for more…..

What you can do to help:

AWB runs their operations with a small team of dedicated healers who have given much of their time, effort and resources to help others.   One way to help is by becoming a member.  These funds are used to help with disasters that pop up as well as supporting their ongoing community clinics, both domestic and abroad.  Another way to support AWB is to take one of their Trainings.   Their Level 1 Training, Healing Community Trauma: How to do Acupuncture in the Field and Create Community Service Clinics After Traumatic Events, not only trains people on how to mobilize when a disaster affects your community but also helps to keep AWB going by adding new members and a larger network of practitioners.     Please take a moment to learn more and support this incredible organization. 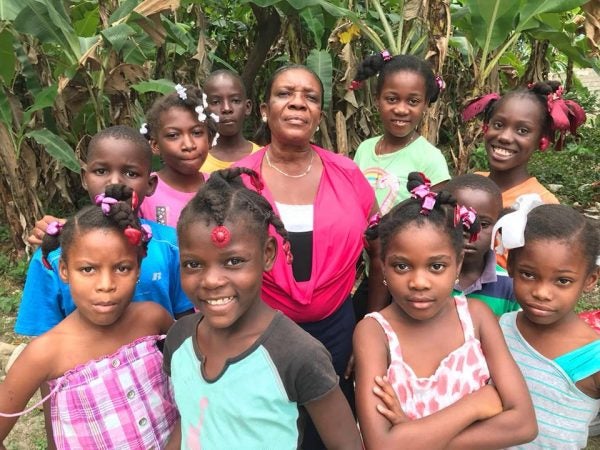